skip to main | skip to sidebar

Will Sassoon recommend a Haircut for the Banks?

I am not talking about Vidal Sassoon the famous hairdresser but a coalition Finance Minister. Many of you will not have heard of Baron Sassoon but his story underlines the phenomena of the revolving door of politics and banking. From 2002 to 2008 (immediately after Lehman Brothers went belly up to be precise) Sir James Sassoon as he was then, was Gordon Brown’s right hand man in the city. He oversaw recommendations for FSA roles as well as knighthoods (Brown admitted this under cross examination in the select committee meetings).
http://en.wikipedia.org/wiki/James_Sassoon,_Baron_Sassoon

At the outset of the financial crisis of 2008 he quietly crossed the floor with no fanfare and became David Cameron’s special advisor for the city. He has subsequently been rewarded with a ministerial position and a Baronetcy. This is not a partisan blog about bankers but bankers like red top newspapers back the winning side so it was not unexpected. With Baron Sassoon’s vested interest in banking will he do what is needed and recommend a write down of banks’ balance sheets (the city vernacular is “a haircut”)?

With on the brink of sovereign default after pursuing a policy the government is now following, something will need to be done. This should not be a revelation as there have been warnings about this for years. The PIGS (, , and ) are very exposed and the is vulnerable due to its reliance on Financial Services.

If you are not convinced then look at the text of Mervin King’s speech in dated which shows in tabular form that 3 banks two years after the crisis each still have a balance sheet greater than the whole of the economy combined. I find it bizarre that nobody is raising an eye brow about this. Contrast it with the banks and it leaves some questions requiring answers.

Have a look a this internal report from the Fed Reserve and its shows the sheer complexity of shadow banking which may explain why there has been systemic knowledge failure by opinion formers and academics.

The economy is far too reliant on banking, insurance and property and it is very exposed to both consumer confidence and the fragility of the banking sector. The recent news about an increase in jobs is welcoming but most of these new jobs are in those fragile sectors. The will eventually have to rebalance its economy to put it on a more stable footing.

The Banking Industry will argue that they constitute 10% of UK and 15% of the corporate tax take and are of high social value. If this is true then the banking industry holds a loaded gun to the taxpayer and will implicitly argue that if you over regulate us we will move our operations off shore and the UK will shrink. The forthcoming banking levy will be more than offset by the upcoming cuts in corporation tax.

A counter argument put forward by Professor Karel Williams of the University of Manchester takes issue with this assertion of the Finance industry’s value to the economy and his team argue that rather than banks being net contributors to the economy the direct and indirect taxpayer bailout has negated the tax take.

Rather than impose an opinion I will leave it to you to read both and make your own mind up.

The knee jerk reaction is to do the necessary thing and order the banks to come clean on the true value of their company. However, David Cameron is no fool and realises that this is a “Gordian Knot”, an intractable problem with no easy solution. http://www.alexander-the-great.co.uk/gordian_knot.htm

Order a banking “write down” and the economy could collapse. Keep feeding the beast (banking sector) with taxpayers’ money and it is a recipe for mortgaging collosal debt to future generations.

Until the Gordian Knot is cut, I don’t believe that the banking industry should be taking bonuses out (whether deferred, in cash or in shares) unless they are on a stable footing and are no longer too big to fail. I must stress that I am not against rewar 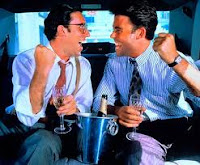 ding success with huge bonuses. However, a compensation ratio of over 40% of net turnover which constitutes the typical banking bonus pool doled out to its top bankers is very irresponsible in the 21st century for several reasons.

Firstly – When it is impossible for a solvent bank to have zero turnover why should an individual be guaranteed a bonus irrespective of how well or badly they perform? I teach my students that turnover is vanity, profit is sanity and cash flow is reality. That should have been a lesson the banks learned when they initially asked the taxpayers to mortgage our futures to bail them out.

Secondly - why such a high figure given the fragility of the industry? Without global regulation on harmonised bonus percentages/ reform of the turnover compensation ratio the banking industry have the taxpayers over a barrel.

Finally – Is the compensation ratio a suitable reward that is commensurate with the risk? Since 2008 pure investment banks no longer exist as they are now all “bank holding companies”. That means that all banks can benefit from both direct and indirect taxpayer support. Talk about heads I win tails you lose?


Posted by Graham Manville at 14:53 No comments: